Choosing the best mobile phone is easy if you have a big budget. The best iPhone is yours for £1500. Or perhaps the folding Samsung at only £1900? There are plenty of reviews on the web to help you choose the very latest phone at the very latest prices!

However, you may prefer to spend a few quid less. The good news is that you can buy a decent mobile phone for under £250. It may not have the latest cutting edge features, but it will do the basics well. And in truth, a whole lot more.

The best mobile phones detailed below, are Android devices. If you prefer Apple then, take a look at Verum Best iPhones.

There’s a staggering choice of handsets on the market, with numerous websites extolling the benefits of the latest premium phones and best deals. However, there’s much less information on the best cheap mobile phone.

As always, price is everything. Verum research started with a need for the best new mobile phone under £250. Battery, storage, screen size and camera are the primary details with secondary elements including CPU, NFC, unlocking and water resistance. Read on to see the best affordable mobiles…

Motorola has owned the budget end of the market for a few years. And right now, the Moto G7 Power is the best cheap mobile phone you can buy. Yes, a handset costing ten times the price is better. But to think that you could buy ten G7s for the same money as a single iPhone perhaps demonstrates the excellent value offered by the best budget mobile phone.

Incredibly, the Motorola Moto G7 Power outperforms almost every other mobile phone, for battery life. The huge 5000mAh battery means that this phone will stay charged for twice the time of most other mobile phones – at any price. Plus, the storage capability is excellent and on par with expensive phones. The micro SD slot enables up to 1TB of additional space if required.

The main camera is 12MP with the selfie or front-facing camera rated at 8MP. This is probably better than your old phone but could be argued as a small compromise for the budget price. The Moto G7 Power has a big 6.2in screen that compares well in size, although it does have fewer pixels than pricer phones, meaning it’s not quite as sharp.

For security, the Moto G7 Power can be unlocked with facial recognition or your fingerprint and has NFC (near field communication). This means that you can use contactless pay with your new phone.

The Moto G7 Power is an amazing phone that will stay charged for days. If you simply want a great mobile and don’t want to spend a fortune, buy the Motorola Moto G7 Power.

Samsung makes great mobile phones. The Galaxy M31 specification coupled with the Samsung brand lead you to think, this is an expensive phone. The huge battery, hi-resolution screen and multiple cameras give you a mobile phone that not only beats similarly priced devices but also looks impressive compared to more expensive mobile phones.

Which mobile has the biggest battery?

The battery is twice the size of most mobile phones. At 6000mAh it keeps the Galaxy M31 charged all day and beyond with a claimed 29 hours of video playback – long enough for any journey. And although the battery is big, the phone is lightweight – weighing less than 200g.

Four rear-facing cameras help you capture the perfect shot. The main camera is a huge 64MP, which works alongside a 5MP depth lens, an 8MP ultra-wide camera & a 5MP macro. Lots of pixels and multiple cameras don’t automatically translate to the perfect picture, but they do help. Also of value is the 32MP front-facing or selfie camera. This is double the size of the previously recommended M30s.

The Galaxy M31 costs about the same as the Motorola, but it’s also a step-up, with a superior screen, camera and battery. If you want a great Samsung phone for a great price, choose the Samsung Galaxy M31.

The Pixel 4a, based on specifications alone, doesn’t win any awards. However, the software inside is incredible. It enhances everything and making the Google Pixel 4a the best mobile phone, you can buy, for under £400.

There may only be a single lens, but owners rave about the pictures it takes. The Google Pixel 4a camera outperforms the competition, in its price band. With optical stabilisation and software to enhance everything, your pictures will make you feel like a pro photographer! Even in low light, the Google Pixel 4a delivers wonderful images.

The battery is small compared to the recommendations above and while the Samsung M31 or Moto G7 will outlast this Google phone, the Pixel 4a will still give you a full days charge. Much of this is down to good to the software and good battery management.

The screen is probably bigger than your old phone, but maybe slightly smaller when compared to premium handsets. However, the resolution of 2240 x 1080 means that everything sure is super sharp. Plus, as you’d expect, this phone comes with NFC and fingerprint detection.

Looking only at the specification doesn’t do this phone justice. However, once you consider how the phone works, it’s remarkable. Assuming you don’t need to brag about megapixels or the number of cameras, it’s an easy choice. Buy the Google Pixel 4a you won’t be disappointed.

The Galaxy S10 costs a chunk more than the Pixel 4a. However, the premium feel and a host of additional features justify the extra investment. Gorilla Glass, front and back, mounted on an aluminium frame means this phone feels and behaves like a top-end device. There’s no plastic here! The Gorilla Glass 6 screen will not only help prevent scrapes and scratches, but it’s also going to make the difference, should (or when) you drop the phone.

Three cameras on the back and two on the front, plus highly-rated software deliver the quality images. Whatever, you’re shooting a super-wide-angle scenic or a selfie, this phone will adjust and give you the perfect shot.

Video is also top-notch. While 4k is now standard for most phones, the Galaxy S10 captures this at 60 frames per second (FPS), making sure your videos are super sharp. Whether you decide to watch your own video or the latest blockbuster, it will look great on the 6.1in screen with a resolution of 1440 x 3040.

The Samsung S10 is elegant, slim and lightweight. This design does, however, mean it’s not capacious enough to house a big battery. But, as expected, Samsung has worked hard on power management. Most users report, good battery life.

In addition to all the normal features expected from a premium phone, the Samsung Galaxy S10 is waterproof. In fact, it’s rated at IP68 meaning that it’ll be ok up to a depth of 1.5m. Plus, you get a 3.5mm headphone jack (unlike top-end waterproof phones from Google & Apple).

Yes, at around £600, this phone is expensive. However, in many respects, it compares admirably to premium mobiles that cost well over a grand. If you want a mobile phone that’s built with quality materials, designed to perform and is considerably cheaper than an iPhone, then the Samsung Galaxy S10 is the mobile phone for you.

With a top of the range Samsung S30 or Apple iPhone 12 costing over a grand, it’s easy to get drawn on the latest & fastest technology. However, what’s clear is that there are good handsets for a fraction of the price. Choose any of the phones detailed here and you’ll be getting a great mobile phone without being tied to a contract or never-ending payment plan.
For function and value, the Pixel 4a is the standout choice. 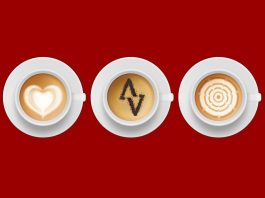 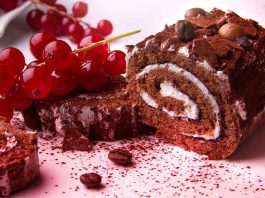 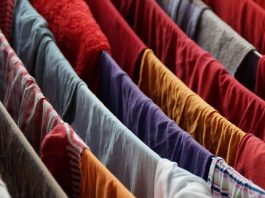 About Us
Verum Verdicts shortlists the best gear available. The idea is to help you choose the right products quickly – avoiding the stress of having to read loads of reviews, compare specifications and researching what’s good and what isn’t
Contact us: [email protected]
Let's Be Friends!
© Verum Labs Limited is the owner or the licensee of all intellectual property rights on this website, and the material published on it
We use cookies and similar technologies to measure traffic and site performance. By using this website or closing this message you agree to our use of cookiesContinue